AMCC BOARD OF DIRECTORS 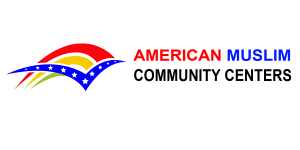 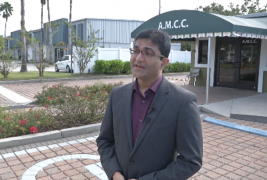 Dr. Shakil Ahmed has been an active member of Amcc since its inception and has served as an original board member. He is currently the chairman of board of directors of Amcc and the official spokesperson of the center. He is active in outreach interfaith activities and American Muslim community clinic providing free medical care to poor and needy. 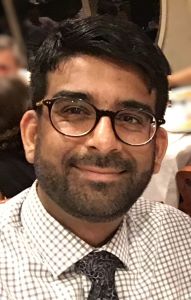 I was born and raised in Toronto and moved to Orlando in the late ‘90s. I am a father of two children; they are 3rd generation American Muslims. As a family we have deep roots in Seminole County, giving me a unique background and perspective.

I am a Software Engineering Director for a local company. My role is to define a vision, create an actionable roadmap, get buy-in from stakeholders, assemble the right team, coordinate with key partners, and get everyone working together to deliver results for the organization.

Alhamdulillah, I have had the opportunity to be involved with Islamic work since my youth: from stamping donation envelopes as a child, to organizing nationwide MSA events in college. I am a previous AMCC board member and have been involved with projects such as Winter Camps, Food Truck nights, Adopt-a-Highway, and the Election Polling Station in Longwood. 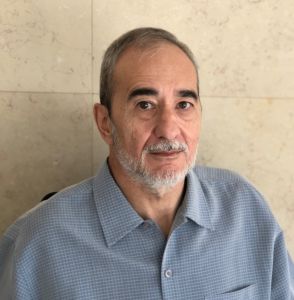 My legal Name is “David Taisser Kiswani”, my friends call me “Tayseer or Daoud “, I am a son of a Palestinian refugee family in Jordan. I grew up in a strict Muslim house and did my 12 years of schooling at Al-Aqsa Madrasa. I came to USA at age 17 and graduated from UCF in 1981. While there I helped establish the UCF Muslim Student Association and held first Juma prayer at UCF. I earned my MS degree from Johns Hopkins university in 1995.

I worked as a telecom engineer on various global wireless satellite systems, I tout in community colleges, and owned several businesses that included a not for profit organization.  Unfortunately, life demands in America caused me to ignore my spiritual needs until my brother got killed in Tampa, and I performed Hajj in 2005. Seven months later in 2006, I got in a car accident that injured my spinal cord and caused my quadriplegia, since then I have been devoting what’s left of my life to studying the Quran and focusing on my relationship with my Creator.

I aspire to follow the Shathili Sufi teachings which advocates the total submission, devotion, and love of Allah ‘swt’ while living and dealing with life demands, among Muslims and non-Muslims alike. I believe Allah created us to make earth a better place for his sake, therefore I should try to make every word I say or act I do for the sake of Allah, and ensure that earth and its inhabitants are better off as a result. May Allah guide us all, and keep us on the straight path 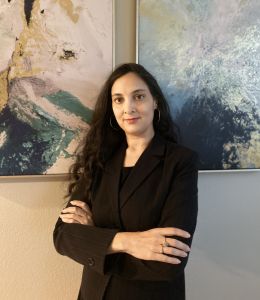 My name is Mahwash Mahmood. I have a Bachelor’s degree in Information Science from University of Florida. I own and manage a web design and development business called Netphiles.  I am a mother to four beautiful children and wife to a loving & supportive husband.  I love to cook, play tennis and spend time with family.

As a President of the company, I have great project management experience in taking a vision and turning it into a reality. I help my employees extend their thinking with a coherent strategy and guide them in decision making process that results in project completions and satisfied clients.
In addition, I have recently served as Girl Scout of USA Troop Co-Leader with responsibility of spearheading troop’s various activities, large scale events and administrating the website portal for tracking cookie sales.

I also ran a Weekend Islamic school in Tallahassee for 10 years and am currently serving as a Principal for Peace Academy at AMCC.
I believe my time spent at serving AMCC has been to be a dedicated and consistent volunteer. I always lead by example, with decisive decisions, direct and open communication, balanced and amicable nature to accomplish tasks on hand. Hence, I ask you to make the right decision as we are ALL here serving for the sake of one and only – to seek refuge in guidance of Allah and his creations.

Software Engineer by profession with a Master’s Degree in Computer and Information Systems from UCF.

Information coming soon – To be posted 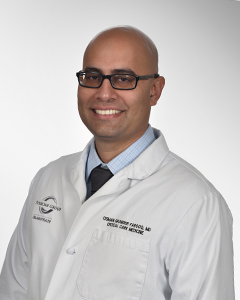 Dr. Osman Farooq
Dr. Osman S. Farooq is a pulmonologist in Longwood, Florida and is affiliated with multiple hospitals in the area. He has been in practice between 6-10 years.

Dr. Osman S. Farooq is a pulmonologist in Longwood, Florida and is affiliated with multiple hospitals in the area. He has been in practice between 6-10 years.